Arrest Made In Cocoa Beach Stabbing 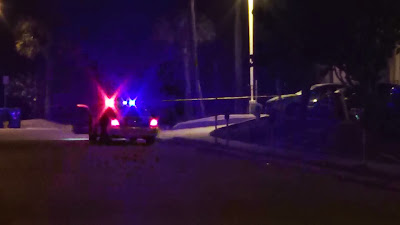 COCOA BEACH, Florida  -- Cocoa Beach Police made an arrest on Tuesday after a man was stabbed several times around 6:45 p.m. on Monday.  The incident occurred near the beach end of Hendry Avenue which is one block north of the Cocoa Beach Pier.


50-year-old David Robert Laudah of Cocoa Beach was charged with one count of Attempted Second Degree Murder.  He was transported to the Brevard County Jail with a no bond status.


Following the stabbing, Brevard County Fire Rescue personnel transported the victim to Cape Canaveral Hospital where the he was airlifted to the Holmes Regional Medical Center in Melbourne, Florida.