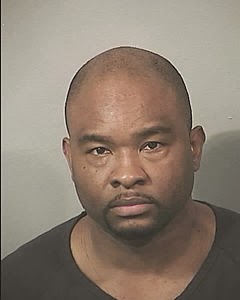 MELBOURNE, Florida -- Melbourne Police say that a man suspected of committing multiple lewd acts over the course of a year was caught in the act last night.

Through their investigation, Melbourne Police detectives were able to identify 33-year-old Michael Benjamin as a prime suspect.  Since the act of exposing oneself in a lewd and lascivious manner is a misdemeanor crime, investigators had to catch the suspect in the act. That is when detectives began to place surveillance on Benjamin.

Last night around 8:00 p.m., detectives followed Benjamin to the Dillard’s parking lot at the Melbourne Square Mall, a location where women had been victimized in the past.   At 8:45 p.m., detectives say they observed Benjamin exit his 2006 Ford Mustang and expose himself in a lewd and lascivious manner as mall customers were walking through the area.  Detectives immediately approached and took Benjamin into custody.

During the past year, Benjamin is suspected of committing similar acts in the Melbourne Square Mall parking lot as well as the Wal Mart Grocery lot on S. Babcock Street and the Nasa Plaza lot near Nasa Boulevard.

Benjamin was arrested and charged with one count of exposure of sexual organs in a lewd and lascivious manner. Additional charges for past acts are forthcoming. Melbourne Police investigators believe there may be additional victims in the area that have not reported their incidents to law enforcement.