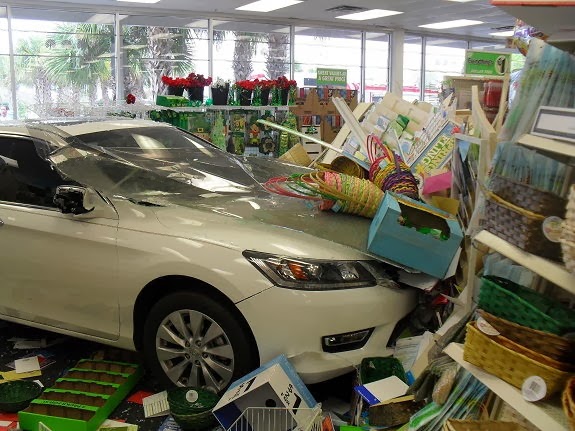 SEBASTIAN, Florida -- A car crashed into a Dollar Tree located at 1921 US Highway 1 in Sebastian, Florida around 11:20 a.m. this morning.

68-year-old Cassandra Schmock of Barefoot Bay drove her 2013 Honda Accord into the large store front windows of the Dollar Tree.  Schmock told police that the vehicle "surged" forward while coasting forward.  Police say that evidence showed the Accord's tire marks drove over the parking curb and tire acceleration marks afterwards into the store.


The owners of the vehicle told police that they will be bring their vehicle to Honda to check into the issue of the "surge" which Honda will possibly be able to find out through the Accord's computer box if the accelerator or brake was depressed or some other factor.

The Accord came to a complete stop inside the store after damage to the display shelving and merchandise.  No one was injured as a result of the crash. 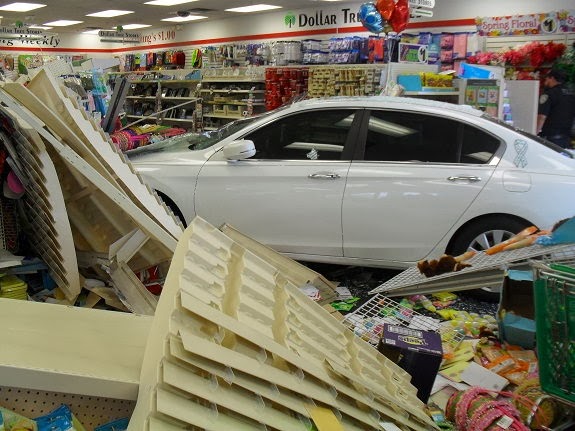 Investigating officers stated the estimated total damage was probably less than $10,000. After the investigation was completed at the scene, Ms. Schmock was cited for careless driving and the Accord had to be towed away from the store.