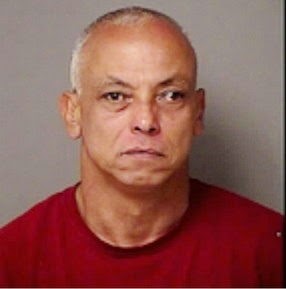 Police say that the scenes were processed with numerous items of evidence being collected. Video was also obtained from one of the businesses and a suspect was identified from a previous encounter.

The car burglary suspect was identified as Jose Manual Santiago-Santiago, 48, of Kissimmee, Florida.  An arrest warrant was obtained for Santiago-Santiago on July 2nd and he was later arrested by the Osceola County Sheriff’s Office on July 3rd.

Santiago-Santiago was charged with 5 counts of Burglary and 2 counts Attempted Burglary, with a $60,000 bond.
Labels: Cocoa Beach crime