Cops: Florida Man Makes 911 Murder Call To Get Out Of Traffic Ticket 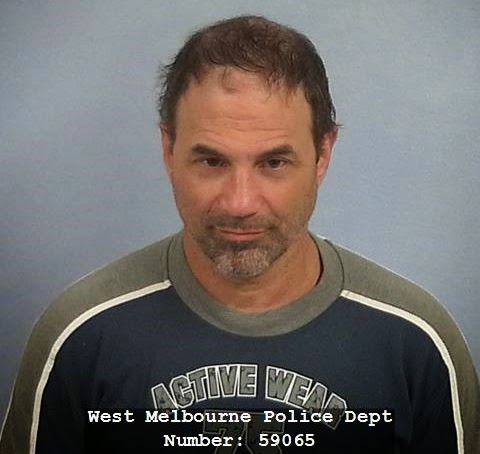 WEST MELBOURNE, Florida -- A West Melbourne, Florida man allegedly made a false 911 call claiming that a murder was going to take place just to get out of a traffic ticket.

Several West Melbourne Police Officers responded to the area of Wingate Boulvevard and Hollywood Boulvevard to investigate reports that a murder was about to take place. The hysterical 911 caller stated there was a man with a gun and someone was going to get shot.  The male caller pleaded for help, then disconnected the line as the 911 operator attempted to get more information. The 911 operator received a second call from the same male, again stating there was a man with a gun and there was going to be a murder.   As the operator probed the caller for more information, he again disconnected the line.

These June 24, 2014 calls to 911 generated a large police response to the area, however officers were unable to locate anything suspicious. A quick-thinking Brevard County Sheriff’s Office Dispatcher did a search for prior incidents associated with the telephone number the 911 calls came from to find the phone belonged to 52-year-old Julius Lupowitz.

West Melbourne Police Officer Ted Salem was on a traffic stop on Wingate Boulvevard when the 911 calls were received.  As he attempted to quickly end the stop to respond to the priority call, he overheard the dispatcher relay over the air that Lupowitz was the telephone owner.  Police say that Lupowitz was in fact the violator that Officer Salem was currently with on the traffic stop.

Police say that the investigation revealed that Lupowitz called 911 to report a murder in hopes that the officer who stopped him would respond to the priority call, rather than write him a citation.  Lupowitz would have only received a $209.00 speeding fine, but now faces a 3rd degree Felony charge for Misuse of the 911 System.  That charge could land him in jail for up to 5 years if convicted. He still received the citation as well.

Florida law requires Officers to personally observe misdemeanor crimes taking place in order to make an immediate arrest, with some exceptions.  Because Officer Salem was not aware Lupowitz made the calls, nor did he see him on the telephone, West Melbourne Police filed the charge with the State Attorney’s Office.  After reviewing the case and determining that the police response cost taxpayers in excess of $100, prosecutors issued a warrant for Lupowitz’s arrest on July 16, 2014. The charge was upgraded to a felony based on the amount of resources expended.

On July 23, 2014, West Melbourne Officers became aware of the active warrant and arrested Lupowitz without incident at his home. He was turned over to the Brevard County Sheriff’s Office for incarceration. His bond was set at $2,000.

“This incident needlessly tied up a critical component of public safety. The 911 system is intended for people who truly need help. In addition, these false calls created an unnecessary delay in our officers’ ability to respond to true emergencies,” said West Melbourne Police Department spokesperson Lt. Richard Cordeau.