MELBOURNE BEACH, Florida -- On Wednesday, NOAA’s National Marine Fisheries Service and the Department of Interior’s U.S. Fish and Wildlife Service designated critical habitat areas for the threatened loggerhead sea turtle in the Atlantic Ocean and on coastal beach habitat along the Atlantic and Gulf coasts.

The land habitat areas include 88 nesting beaches in coastal counties located in North Carolina, South Carolina, Georgia, Florida, Alabama and Mississippi. These beaches account for 48 percent of an estimated 1,531 miles of coastal beach shoreline used by loggerheads, and about 84 percent of the documented numbers of nests, within these six states. 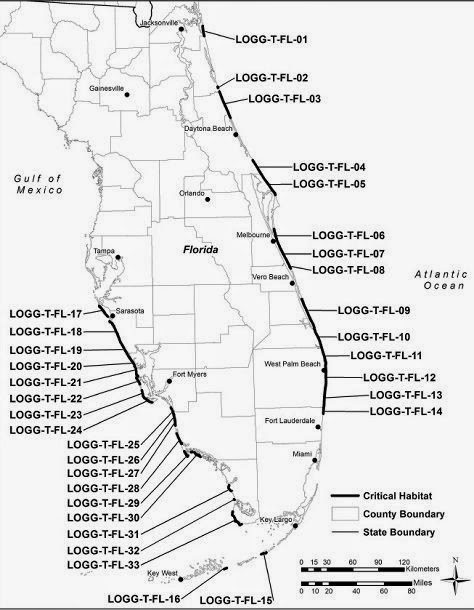 The marine critical habitat areas include some nearshore reproductive areas directly off of nesting beaches from North Carolina through Mississippi, winter habitat in North Carolina, breeding habitat in Florida, constricted migratory corridors in North Carolina and Florida, and Sargassum habitat, which is home to the majority of juvenile turtles, in the western Gulf of Mexico and in U.S. waters within the Gulf Stream in the Atlantic Ocean.

“Protecting endangered and threatened species, including loggerhead sea turtles, is at the core of NOAA’s mission,” said Eileen Sobeck, assistant NOAA administrator for fisheries.  “Given the vital role loggerhead sea turtles play in maintaining the health of our oceans, rebuilding their populations is key as we work to ensure healthy and resilient oceans for generations to come.”

The loggerhead is the most common sea turtle in southeastern United States, nesting along the Atlantic Coast of Florida, South Carolina, Georgia and North Carolina and along the Gulf Coast. It is a long-lived, slow-growing species, vulnerable to various threats including alterations to beaches, vessel strikes and bycatch in fishing nets. 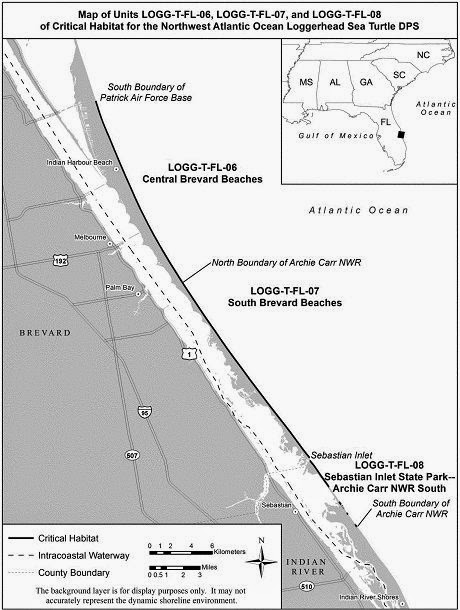 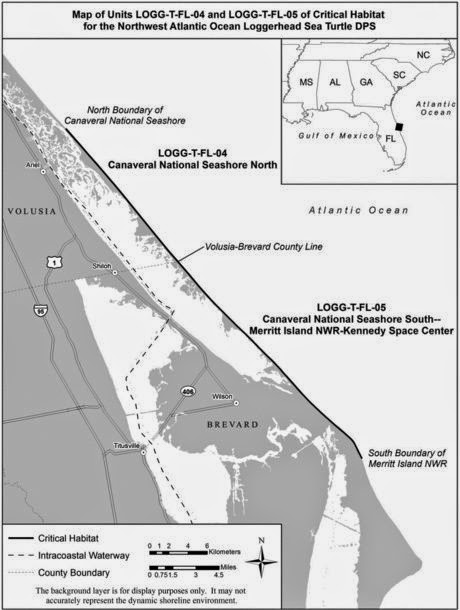 In Brevard County, the habitat areas include the Canaveral National Seashore and beaches south of Patrick Air Force Base to Sebastian Inlet.