Facebook is back up and running in less than an hour following an outage reported by users on Friday, August 1, 2014.  Users began to experience problems with the popular social media site just after 12 p.m. Eastern Daylight Time.

When a user attempted to login to Facebook, the following message appears: 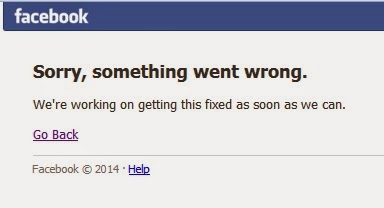