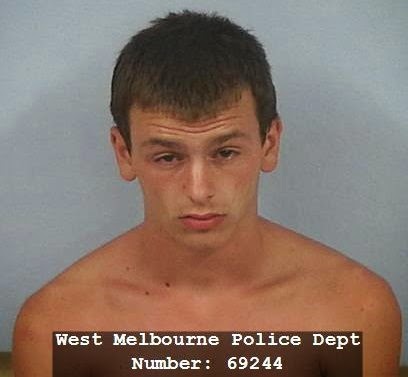 MELBOURNE, Florida -- West Melbourne Detectives have arrested a 19-year-old homeless man and charged him with two counts of sexual battery for allegedly committing an assault that occurred at approximately 10 p.m. Thursday night near the Melbourne Square Mall.

Patrol officers from the Melbourne and West Melbourne Police Departments searched the immediate vicinity, and located Block as he was attempting to cross the intersection of Dairy Road and West New Haven Avenue in an alleged attempt to flee the area.  Block was detained while officers investigated further.  Police say that they learned that Block had provided the 17-year-old girl with alcohol to the point where she passed out, at which time Block had sex with the victim without her consent.

During the assault, the victim became aware of what was happening, but was unable to speak or fight him off due to her intoxicated state, police say.  Block was arrested and charged with two counts of sexual battery and is being held at the Brevard County Jail on $70,000 bond.
Labels: Melbourne