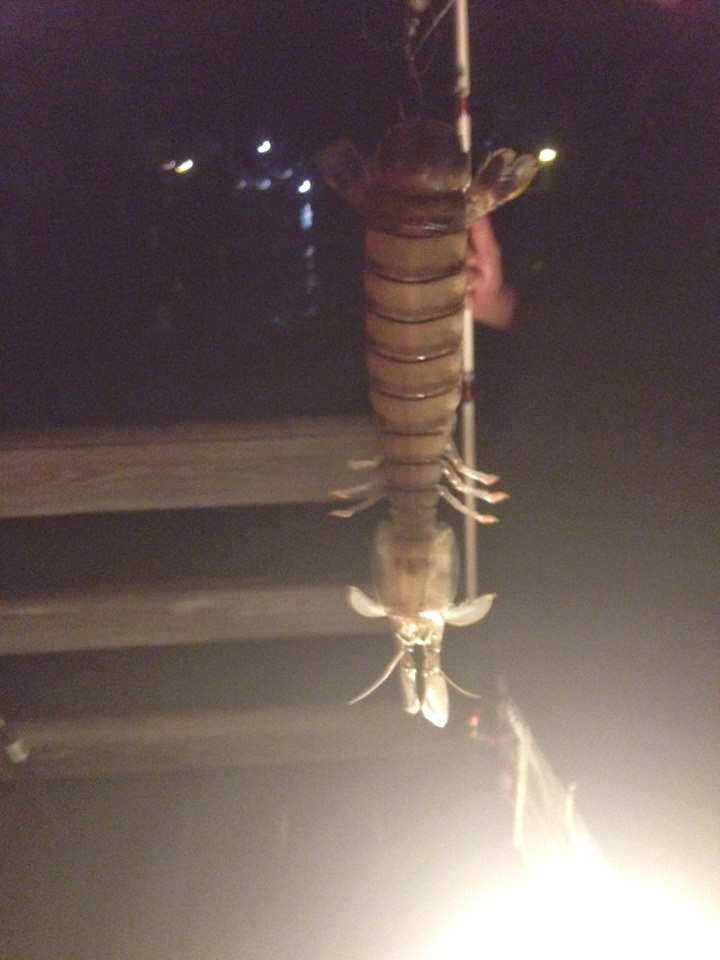 FORT PIERCE, Florida -- According to the Florida Fish and Wildlife Conservation Commission (FWC), angler Steve Bargeron was fishing from a dock in Fort Pierce, Florida as he watched a fellow fisherman catch what is believed to be a scaly-tailed mantis shrimp.

Bargeron told FWC that the monster crustacean was about 18 inches long and striking its own tail, so he grabbed it by its back like a lobster.  FWC says that mantis shrimp are actually not related to shrimp, but are a type of crustacean called a stomatopod. 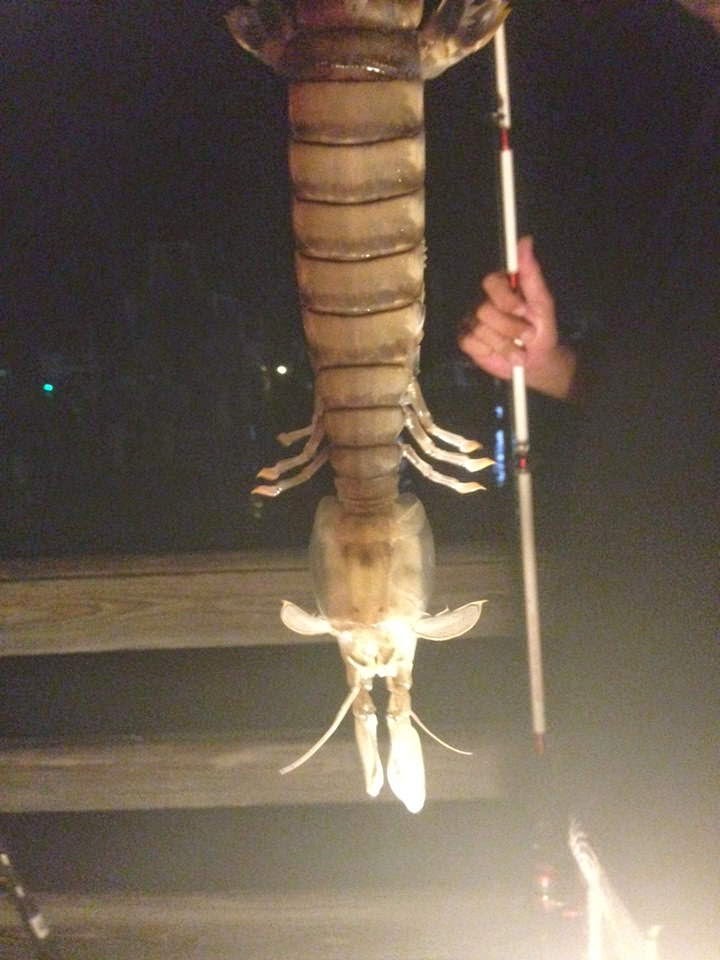