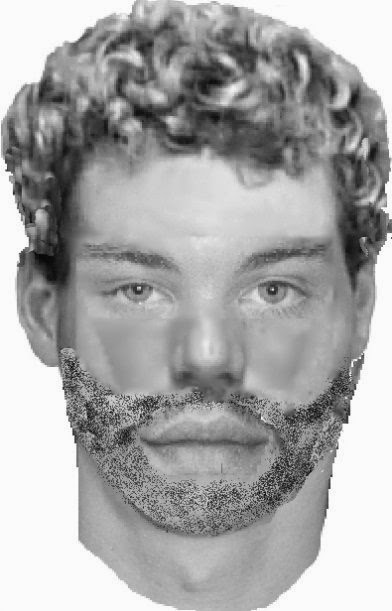 A forty-one-year-old man was walking northbound on Doherty Drive in the area of the Windover Square Shopping Center when he was approached by a white male who asked him if he had any spare change.  When the man pulled money out of his pocket, the suspect reached for the money and a physical struggle ensued. The man reported to police that he felt a sharp pain in his abdominal area during the struggle.  When officers arrived on scene, they found that the man had suffered a minor laceration to his abdomen.  He was transported to a local hospital for treatment of the wound.

The man gave a detailed description of the suspect, and was able to complete a composite.  The suspect is described as a white male in his early to mid 30’s having 4 days facial hair growth, curly dirty blonde hair, green or blue eyes with brown eyebrows, 6’00” tall, wearing “desert camo pants” and a white tee shirt.

West Melbourne police are asking the public to take a close look at the composite and to contact them at 321-723-9673 if anyone recognizes the suspect.  Detectives would also like to hear from anyone who may have been in the area and saw either the incident or the suspect.  Those wishing to provide information but remain anonymous can call Crimeline at 1-800-423-TIPS.