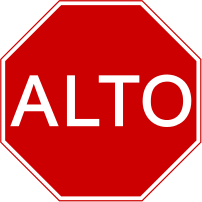 
GAVLESTON, Texas -- A supervisor of the Texas lab that handled samples from a Liberian man who died after contracting the Ebola virus is still being quarantined aboard the Carnival Cruise ship, Carnival Magic.

The Carnival Magic left Galveston, Texas last week and was destined for Cozumel, Mexico yesterday with 3,652 passengers and 981 crew members aboard but was not allowed to port into Cozumel by Mexican authorities.

"The Carnival Magic, which was waiting off the coast of Cozumel, Mexico this morning to dock there for a scheduled port visit, had not received clearance from Mexican authorities to do so by 12 noon eastern time today and therefore the decision was made to proceed to Galveston to ensure the ship arrives there on time on Sunday morning," Carnival Cruise Lines said in a statement on Friday.  "We greatly regret that this situation, which was completely beyond our control, precluded the ship from making its scheduled visit to Cozumel and the resulting disappointment it has caused our guests."

Carnival said that the Texas healthcare worker remains on board  in voluntary isolation and continues to show no symptoms of illness and poses no risk to the guests or crew on board.   Guests on the ship are being provided a $200 per person credit to their shipboard accounts and a 50 percent discount on a future cruise based on the missed visit to Cozumel.

Carnival added that it will not allow passengers or crew who have visited Guinea, Sierra Leone, or Liberia within 21 day to board any of its cruise ships.

The recent spread of the Ebola virus in the U.S. and abroad is starting to affect the tourism and travel industry as potential travelers and vacationers re-think their future travel plans.


The cruise ship industry and their related stocks are being hit particularly hard despite a drop in fuel prices.  Carnival Cruise Line stock has been under pressure for the past few weeks after the cruise giant had to change itineraries due to Ebola outbreaks in west Africa. Airline stocks are also taking a tumble due to passenger fears of contracting travel-related Ebola.

"I think that cruise ships might be the most vulnerable of the travel and leisure cohort, maybe even more than airplanes, which themselves have a huge problem. It's simply disruptive to their business," said CNBC financial commentator Jim Cramer.

Ebola virus disease (EVD) is a severe, often fatal illness in humans.  The average fatality rate is around 50%.

The virus was originally transmitted to people in Africa from non-human primates (such as monkeys, gorillas, and chimpanzees) and then spread into the human population through human-to-human transmission.

The 2014 Ebola epidemic is the largest in history. There have been cases reported in the U.S., Spain, Guinea, Liberia, Nigeria, Senegal, and Sierra Leone.

Although some cruise ships have a ship's registry in West Africa, this does not neccesarily mean that the ship has recently traveled to West Africa.

There is no FDA-approved vaccine available for Ebola.

The CDC recommends the following tips to prevent Ebola contamination: