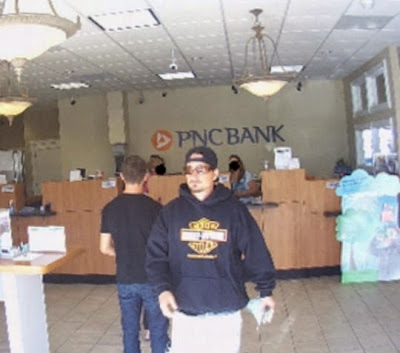 COCOA BEACH, Florida -- At approximately 1:30 p.m. on Wednesday, Cocoa Beach Police responded to the PNC Bank located at 4350 North Atlantic Avenue in response to a report of a bank robbery.

Witnesses told police that a white male wearing a dark sweatshirt and tan shorts demanded money and fled toward the beach after obtaining an undisclosed amount of cash.

Officer’s quickly located the suspect at which time he was taken into custody and the cash recovered.
40-year-old Daniel Michael Miron of Viera, Florida was charged with Robbery in the 1st Degree, Violation of Felony Probation and False Report of a Bomb.  He is being transported to the Brevard County Detention Facility with no bond.