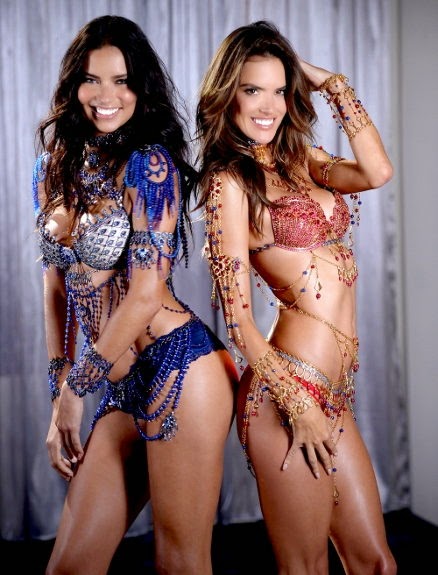 
Supermodels Adriana Lima and Alessandra Ambrosio will wear the 2014 Dream Angels Fantasy Bras designed exclusively for Victoria’s Secret by Mouawad. Valued at $2 million each, the Dream Angels Fantasy Bras include accompanying body pieces of fine gemstones. Inspired by the Dream Angels Demi silhouette, these bras are handset with rubies, diamonds, blue and light blue sapphires strung together with 18K gold. Each bra is adorned with over 16,000 of the precious gems. This is the first time two Victoria’s Secret Angels have been chosen to wear the coveted Fantasy Bras.