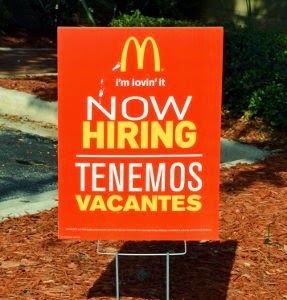 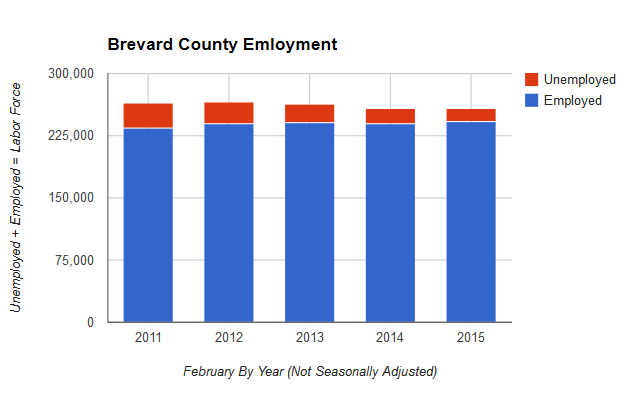 Job gains on the Space Coast were led by professional and business services (+2,000 jobs); education and health services (+1,500 jobs); leisure and hospitality (+1,300 jobs). Other industries that gained jobs over the year included mining, logging, and construction (+900 jobs); manufacturing (+300 jobs); trade, transportation, and utilities (+200 jobs) and information (+100 jobs).  Government (-700 jobs) was the only industries to lose jobs in the region over the year.

Statewide, Florida’s seasonally adjusted unemployment rate was 5.6% in February 2015, just slightly higher than the national average of 5.6%, according to figures released by the Florida Department of Economic Opportunity.

All numbers released are known as U-3, which consists of total unemployed, as a percent of the civilian labor force