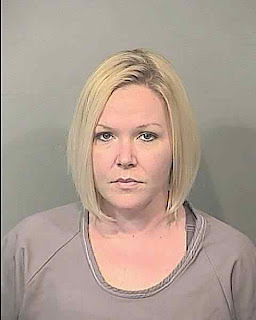 PALM BAY, Florida -- Police have charged a Palm Bay mother with the murder of two of her children and an attempted murder charge for the critical injuries to her third child.

According to Palm Bay police, emergency dispatchers received a 9-1-1 call just before 6 p.m. on Friday from a woman who claimed to have killed her three children in a home on Kenmore Street NW in Palm Bay.  Seconds later, emergency dispatchers received another 9-1-1 call from a man claiming to be the woman’s boyfriend and the father of one of the children. The caller reported his child was not breathing.

When police officers arrived at the home, there was a woman in the front yard armed with a knife who was later identified as 33-year-old Jessica Lacey McCarty.  Police say that McCarty did not comply with repeated commands from the officers to drop the knife which led the officers to deploy several “less lethal” bean bag rounds to gain compliance.  McCarty was then taken into custody.  The officers then located three unresponsive children who were later transported to the hospital. The children are identified as 7-year-old Laci McCarty, deceased, 6-year-old Philip McCarty, deceased and 5-month-old Christopher Swist.   Swist remains listed in critical condition at an Orlando hospital.

An autopsy is scheduled for Sunday and a cause of death has not been confirmed. “We are still trying to verify the sequence of events, how and why they occurred,” said Lieutenant Mario Augello of the Criminal Investigations Division. “This is still a very active criminal investigation and our priority as always is making sure we have the right answers so there can be justice in the deaths and injuries of these innocent children.”

McCarty is in police custody and deputies with the Brevard County Sheriff’s Office are in the process of transporting her to the Brevard County Detention Center where she will be held without bond on the charges. McCarty will face a judge within 24 hours to address the criminal charges and issues relating to her bond.
Labels: crime Palm Bay