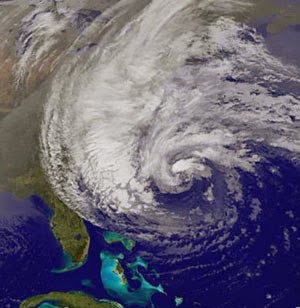 The forecast also downgrades the probability of major hurricanes making landfall on U.S. soil from the historical average of 52% to only 28% for 2015.  Regionally, the forecast predicts only a 15% chance of a hurricane making landfall on the U.S. East Coast including the Florida peninsula (the average for the last century was 31%).  A 15% landfall chance is also forecast for the U.S. Gulf of Mexico coast.

Based on historical data, the 2015 season is exhibiting characteristics similar to the 1957, 1987, 1991, 1993 and 2014 hurricane seasons, all of which had below-normal activity, said Phil Klotzbach, lead author of the report.

“The tropical Atlantic has anomalously cooled over the past several months, and the chances of a moderate to strong El Niño event this summer and fall appear to be quite high,” Klotzbach said. “Historical data indicate fewer storms form in these conditions.”

But despite the below average forecast, Klotzbach cautioned coastal residents to take the proper precautions.  “It takes only one landfall event near you to make this an active season,” he said.