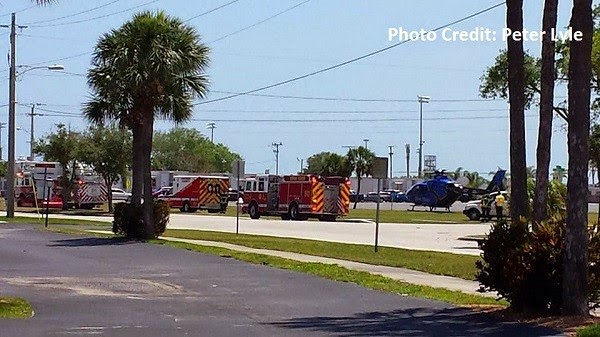 COCOA BEACH, Florida -- A bicyclist is in stable condition following a crash with a City of Cocoa Beach Public Works vehicle that occurred around 3 p.m. on Tuesday.

According to Cocoa Beach Police, an 81-year-old man struck the side of the vehicle that was traveling in the opposite lane within the 1500 block of Minutemen Causeway.  The man was later airlifted to Holmes Regional Medical Center in Melbourne where he is listed in stable condition.  The driver of the vehicle was not injured.

Cocoa Beach Police spokesperson Major Scott Rosenfeld said in a statement that the crash is still under investigation and that no charges have been filed at this time.

The Cocoa Beach Police Department is asking that anyone with information regarding this investigation to call (321)868-3251.
Labels: Cocoa Beach