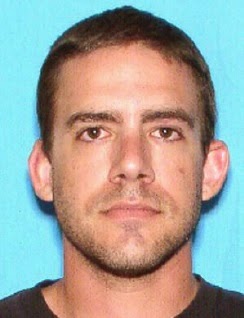 WEST MELBOURNE, Florida -- 26-year-old Jonathan Tyler Prive of West Melbourne, Florida was sentenced to 30 years and 5 months in federal prison by Senior United States District Judge John Antoon, II on Wednesday for attempting to induce a minor to engage in illegal sexual activity using the Internet. The judge also ordered Prive to serve a life term of supervision and to register as a sex offender upon his release from prison. Prive pleaded guilty on August 27, 2014.

According to court documents, in September and October 2013, an undercover agent with the Brevard County Sheriff’s Office conducted an investigation into an individual identified as Michael Glenn Glascock. The undercover investigation revealed that Glascock was sexually abusing a three-year-old child victim, producing child pornography images of the minor victim, and distributing some of these images to others. Sheriff’s Office agents arrested Glascock at his residence in Brevard County, located the child victim, and executed a search warrant at Glascock’s residence. A forensic examination of Glascock’s electronic devices and a review of his email accounts revealed emails between Prive and Glascock. In these emails, the two discussed a prior incident where Prive had sexually abused the child victim at Glascock’s home while Glascock was present.

After discovering these emails, the undercover agent used Glascock’s email account to initiate online communications with Prive. On November 4, 2013, and November 5, 2013, Prive communicated with the undercover agent via the Internet and emails and arranged to meet the agent, who was posing as Glascock in these emails, for the purpose of engaging in illegal sexual activity with the child victim for a second time. Prive agreed to meet at a residence in Brevard County, where Prive thought the minor victim would be present. Agents followed Prive as he travelled to the street where this residence was located. Before Prive arrived at the residence, agents arrested him and recovered a packet of lubricant that he had brought for his planned sexual encounter with the child victim.

On August 18, 2014, Glascock pleaded guilty to producing child pornography and attempted online enticement of a minor. On February 6, 2015, Judge Antoon sentenced him to life in federal prison.

“I applaud Senior United States District Judge John Antoon for evaluating the disturbing facts and rendering justice to ensure that this monster can never harm another child," said Brevard County Sheriff Wayne Ivey. "I have the utmost respect for these incredible men and women who investigate and prosecute these horrific cases to save children and arrest those who victimize and exploit our most precious citizens! Thank you to all involved for making Brevard County a safer place to live and raise our families!”
Labels: crime