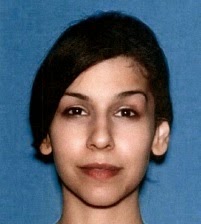 LOS ANGELES, California -- A Los Angeles psychic has been arrested and charged with swindling an elderly Florida woman out of nearly a quarter-million dollars.

According to the Brevard County Sheriff's Office, 24-year-old Anna Marie Adams of Los Angeles, California had befriended a Brevard County, Florida woman who traveled to California in the spring of 2013. When the elderly woman returned back to Brevard County, Adams continued to communicate with her through telephone conversations and text messages.

Investigators say that Adams was able to exploit over $220,000.00 from the victim by promising she could win money, lose weight and remove a spell that had allegedly been placed on the her children. Adams also used the woman’s personal information to purchase a BMW 640i valued at more than $93,000.00, according to investigators.