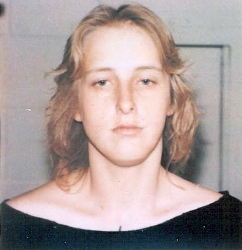 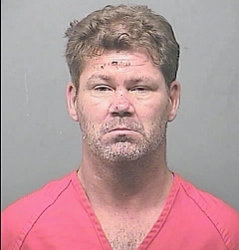 MELBOURNE, Florida -- On Monday, Brevard County Circuit Court Judge James Earp sentenced 49-year-old Robert Edward Peek of Melbourne, Florida to life in prison with no eligibility for parole.   Peek, who had withdrawn his previously entered plea of not guilty and entered a plea of guilty to Premeditated Murder in the 1st Degree and Sexual Battery, was arrested in 2012 by Agent Joe Martin of the Brevard County Sheriff's Office after a Cold Case Homicide Investigation identified him in the 1988 Murder of Ramona Lee Moore.

On the morning of July 14, 1988, construction workers paving a northern extension of Washingtonia Drive, west of Melbourne, Florida, discovered the body of a woman later identified as 22-year-old Ramona Lee Moore of Melbourne. The victim was found nude, beaten and impaled in a retention area which had filled with water during a recent rain. The Brevard County Medical Examiner determined the cause of death to be drowning and classified the death as a homicide.
During 2011, the Brevard County Sheriff's Office received a CODIS hit in reference to a DNA profile match from evidence recovered at the murder scene. During 2012, Peek was interviewed by investigators in reference to the murder. Peek denied any involvement in the death of Moore and provided a DNA sample for comparison to any evidence from the case. Lab comparisons between this sample and evidence from the murder confirmed the previous CODIS results.

Homicide agents then re-interviewed Peek, who has been detained at the Brevard County Jail since his arrest on January 16, 2012, in reference to two unrelated cases involving trafficking of stolen property. As a direct result of the interview, coupled with the DNA findings, an arrest warrant was obtained and Peek was charged with the murder of Ramona Moore. This investigation was the 7th Cold Case Homicide successfully solved by the Brevard County Sheriff’s Office Homicide Unit during the past several years.

"I am very proud of Agent Joe Martin, our Homicide and Crime Scene Units and our State Attorney’s Office for bringing closure to this senseless crime," said Brevard County Sheriff Wayne Ivey.  "It is a very good feeling when we can meet with the family of the victim and tell them that the individual responsible for their loss has been brought to justice. Our team is absolutely committed to solving every case, and our citizens would be amazed to watch them work; they are a very dedicated group of people who I am honored to work with!!"
Labels: crime Melbourne