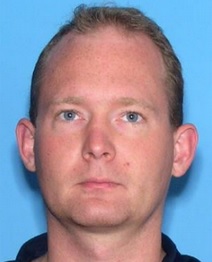 TAMPA, Florida - The Brevard County Sheriff’s Office has arrested a U.S. Air Force Captain from MacDill Air Force Base for traveling to Brevard County to allegedly engage in sexual relations with a minor.

Investigators say that 27-year-old Christopher Everding of Tampa, Florida was arrested on May 22 after he traveled from his home in Tampa to allegedly meet a 14-year-old girl for the purpose of having a sexual relationship. Everding was charged with online solicitation of a parent or a child and is currently being held in the custody of the United States Marshal’s Service. The U.S. Attorney’s Office will be prosecuting the case.

The investigation was initiated after Everding allegedly contacted an undercover agent from the Brevard County Sheriff’s Office, Sexual Offender Registration and Tracking Unit (SORT) in an Internet chat room. During several conversations between Everding and the agent, Everding expressed an interest to travel to Brevard County to engage in sexual relations with a minor, investigators say.

On May 22, Everding was arrested when he showed up at the prearranged location. Agents seized several items of evidence during the arrest that is being examined by forensic specialists to determine if Everding had previously engaged in this activity.

“I can’t thank our investigative team and the United States Attorney’s Office enough for their efforts," Sheriff Wayne Ivey stated in a release. "The activities the suspect was attempting to arrange with this child were particularly disturbing and vile! It is truly a blessing to know that we have a group who work around the clock to protect our most precious and innocent citizens by removing those who prey upon them from society!”

Anyone with information about this Investigation or Mr. Everding is asked to please call Agent Mike Spadafora of the Brevard County Sheriff’s Office SORT Unit at 321-633- 8407 or CRIMELINE at 1-800-423-TIPS (8477), you can also visit http://crimeline.org/, or text ‘crimeline’ plus your tip to CRIME (274637). All information to CRIMELINE is confidential and you may be eligible for a reward.
Labels: crime