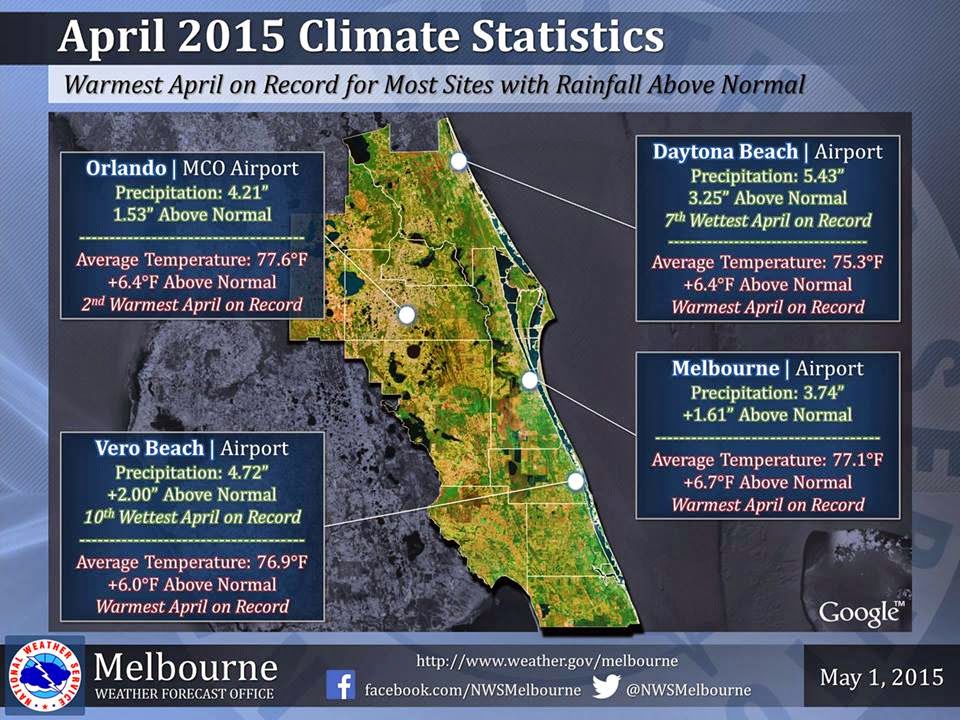 MELBOURNE, Florida -- April 2015 was one for the weather record books in east Central Florida. Last April was the warmest on record for Brevard, Indian River, and Volusia counties which broke previous records from April 1947, according to the National Weather Service in Melbourne.  April 2015 was also the second warmest for Orlando, Florida.

In addition to record temperatures, there was also above average rainfall across the region. 2015 was the seventh wettest April on record for Daytona Beach and tenth wettest for Vero Beach. 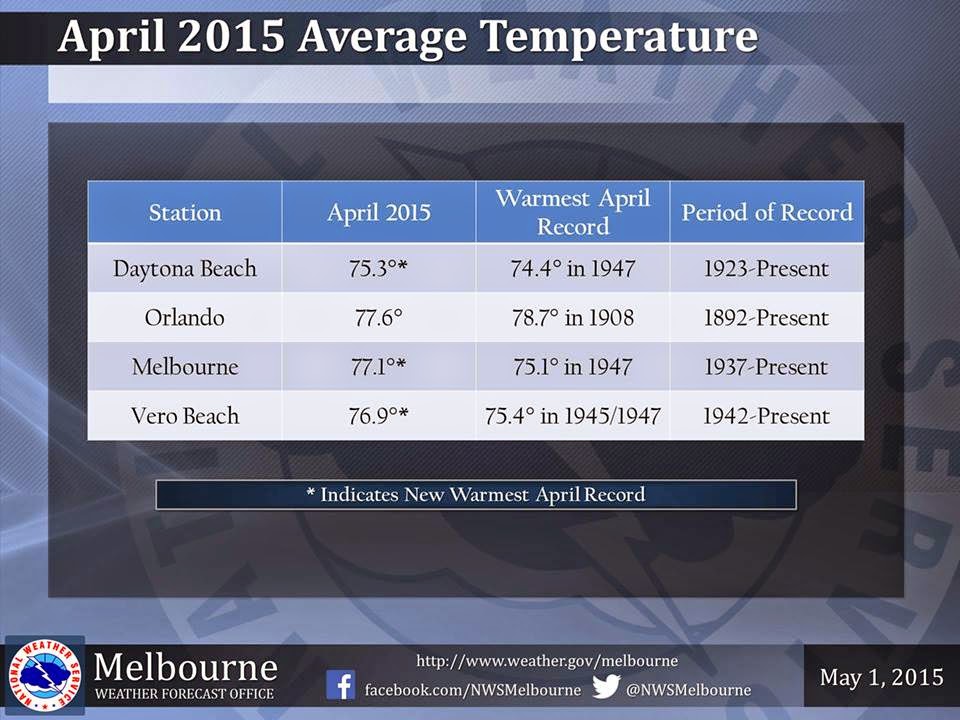