COCOA, Florida -- The Florida Highway Patrol has charged a 42-year-old woman with vehicular manslaughter for an ATV crash that killed a boy in Cocoa, Florida.

Christine Chmiel was driving an ATV westbound on Cangro Street, a dirt road, near the intersection of Osprey Avenue around 5:30 p.m. on February 21, 2015 with the boy as a passenger.  According to FHP, when the ATV came to the end of Cangro Street, Chmiel attempted to turn around and lost control of the vehicle.  The ATV then overturned on top of both Chmiel and the boy.

FHP records show that Richard and Chmiel were not wearing helmets at the time of the accident.

According to Brevard County Jail records, Chmiel has been charged with DUI Causing Death to Human/Unborn Child, Vehicular Manslaughter Human or Unborn Child, DUI Property Damage, DUI, and failure to register a motor vehicle. Her bond has been set at $31,500. 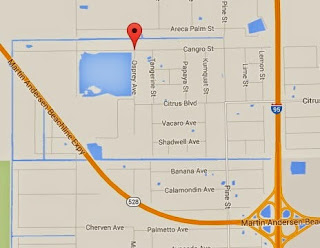 Titusville Woman Charged With Having Sex With 12-Year-Old

Brevard Teacher Pleads Guilty To Having Sex With Her Student

Ants Use Jaws To Jump Out Of Antlion Pit: VIDEO