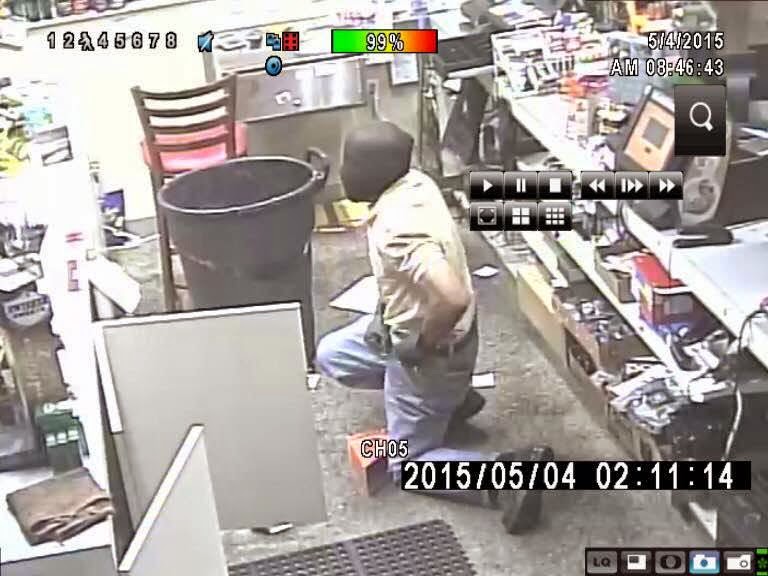 PALM BAY, Florida - The Palm Bay Police Department wants to identify a suspect caught on a security video smashing through the front glass door of a gas station and stealing approximately $3,000 worth of cigarettes and cash.

According to Palm Bay police, the incident occurred just after 2:30 a.m. on Monday when officers responded to a commercial burglary alarm at the Marathon gas station located at 894 Palm Bay Road NE. The owner of the store also went to the story upon learning of the alarm.

When they arrived, they noticed the front door had been smashed and several items in the store were thrown onto the floor. The owner told officers that several cartons of Marlboro and Newport cigarettes were missing along with cash from the cash register.

The surveillance video shows a white male suspect approximately 5’10’’ to 6’ tall, with medium build, wearing a sheer black mask and work-type gloves. He was dressed in a tan, short-sleeve polo shirt tucked into blue jean pants and dark colored shoes. The video shows the suspect entering the front door with a large black trash can. He then immediately walks behind the counter. While behind the counter, the suspect is seen rummaging through the cabinets and shelves, filling the trash can with cigarettes. The suspect is also seen emptying the cash register before leaving through the front door.
Anyone with information regarding the identity of the suspect is asked to contact the Central Florida CRIMELINE at 1-800-423-TIPS. Callers can remain anonymous and can be eligible for cash rewards of up to $1,000 in this case. 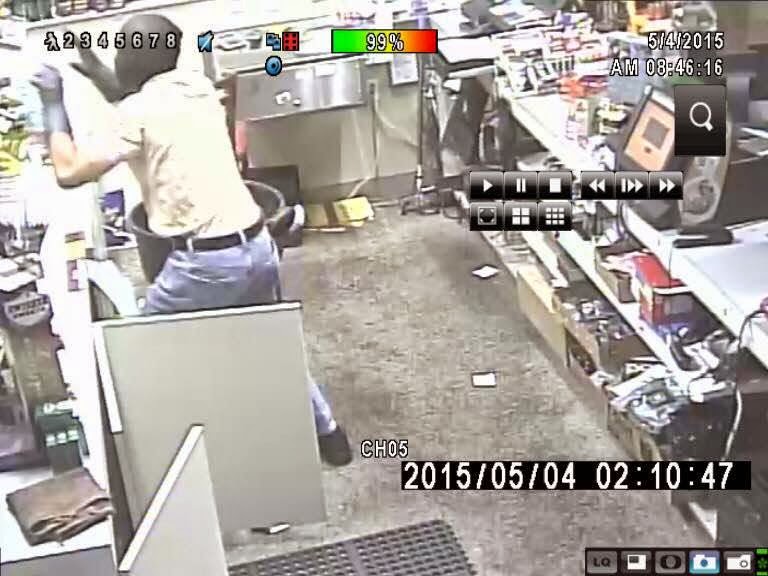 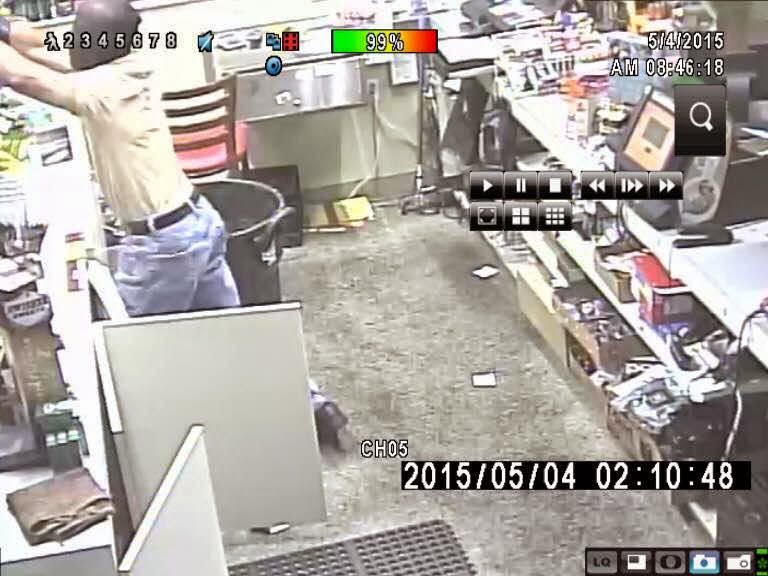 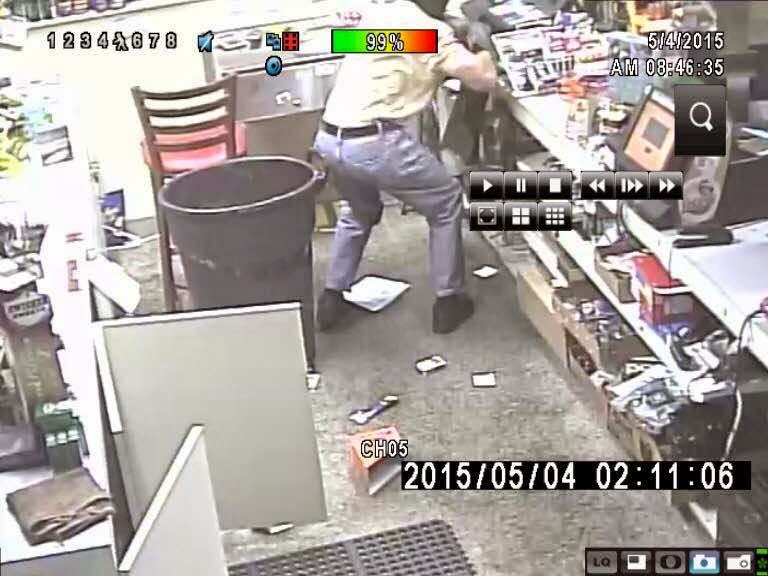