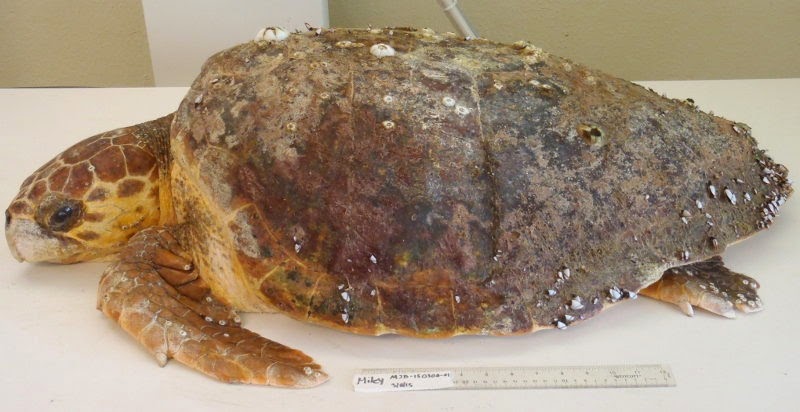 ISLAMORADA, Florida - A rescued sea turtle named after Miley Cyrus was released back into the ocean Saturday morning at the Islander Resort, a Guy Harvey Outpost, on Islamorada in the Florida Keys.

The turtle was found on March 8 off of Dove Key with its rear end bobbing at the ocean's surface because it was unable to dive down and get underwater. The motions made by the turtle in its unsuccessful attempts to dive were described as "twerking" by rescuers.  Because of this unusual movement, rescuers named the turtle "Miley" after pop singer Miley Cyrus who is well known for her twerking dance style.

According to rescuers at the Turtle Hospital where Miley was rehabilitated, a turtle that cannot dive is in some sort of distress, either from intestinal problems (like a blockage), a lung infection, fatigue, or some other illness/problem.