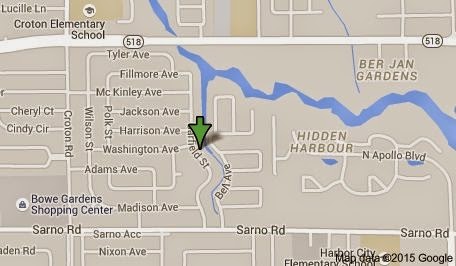 MELBOURNE, Florida - Two people were injured and a suspect is in custody following a shooting that occurred Tuesday night in Melbourne, Florida.

At approximately 10:22 p.m., the Melbourne Police Department received a report of shots fired with possible victims in the 1000 block of Garfield Street.  When police arrived, they discovered two victims inside a residence with non-life threatening gunshot wounds. Shortly thereafter, a suspect was taken into custody by police. Both victims are currently hospitalized for treatment as a result of their wounds.

Police are still conducting their investigation of the shooting. Anyone with information regarding this incident are asked to contact the Melbourne Police Department at 321-608-6371.
Labels: crime Melbourne