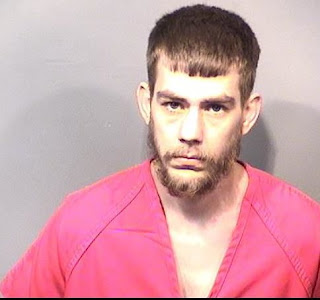 COCOA BEACH, Florida - Investigators with the Cocoa Beach Police Department have arrested a FLORIDA TODAY newspaper carrier and charged him with aggravated assault following a shooting that occurred on Thursday, June 4, 2015.
Just before 3 p.m. today, Steven Wayne Naughale, II, 27, of Cape Canaveral, Florida was arrested for the incident. Investigators say that the arrest stems from an incident that occurred during the early morning hours of June 4, 2015.  Police say that Naughale was delivering newspapers in a residential neighborhood while blowing his vehicle horn. A resident allegedly confronted Naughhale at which time Naughhale displayed a handgun, firing one round in the direction of the victim, according to Cocoa Beach police. However, the victim was not injured.

Reports of a FLORIDA TODAY newspaper carrier blowing his horn had evoked several complaints from Cocoa Beach residents over the last few months and were published on February 4, 2014 on the local, private Facebook group forum, Wake Up Cocoa Beach:

"If any of you are having problems with a horn blower going down your street each and every morning between 5-6 AM, it is the newspaper delivery guy (his route is in Cocoa Beach and Cape). He has dark hair, driving a white car, with a blonde female passenger. DO NOT confront them as the police verified this morning that they are BOTH carrying concealed weapons and can be confrontational. Please, just call it in to CBPD each and every time. He has been stopped several times in the past week alone."

Despite the complaints that followed on the post thread,  FLORIDA TODAY continued to subcontract with Naughale to deliver FLORIDA TODAY newspapers in Cocoa Beach, Florida.

"I only have limited facts at this stage," said FLORIDA TODAY President & Publisher Jeff Kiel in a FLORIDA TODAY article. "We expect anyone we contract with to conduct themselves professionally. We will fully cooperate with law enforcement."

Police ask that anyone with information pertinent to this investigation is urged to contact the Cocoa Beach Police Department at (321)868-3251. 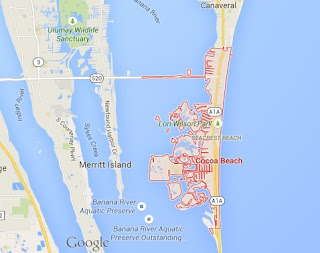 Florida Man Asks If Round In Chamber, Shoots Self In Head