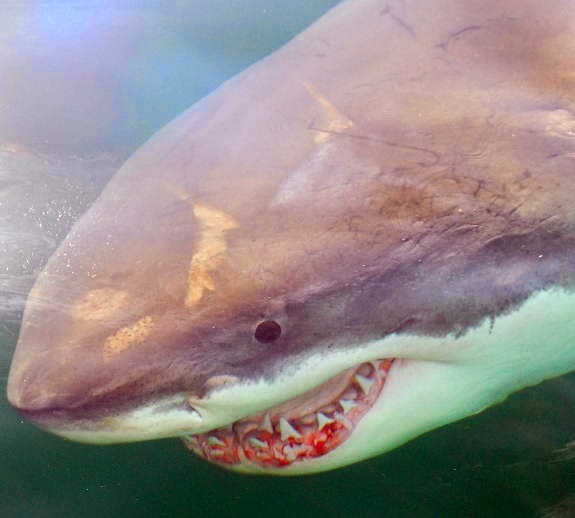 Here are 10 shark facts in observance of Shark Awareness Day, which falls on July 14, according to the Discovery Channel:

2. Hammerhead sharks are the most endangered shark species due to culinary demand for their fins in Chinese soup.

3. The fastest shark species, the mako, can reach speeds of 30 mph.

4. Some sharks can swim and bite in only ankle-deep water. Sharks can sometimes become accidentally stranded on the beach while chasing prey into shallow water.

6. Blacktip sharks are responsible for the most shark bites along the U.S. east coast, according to NOAA. However, their bites rarely result in a fatality, according to the International Shark Attack File (IFAS).

8. Bull sharks can live in both saltwater and freshwater. The Indian River Lagoon, which extends along Florida's east coast from southern Volusia County to Palm Beach County, is an important nursery habitat for baby bull sharks.

9. You are far more likely to die of drowning in the ocean (1 in 3.5 million) than to be bitten by a shark (1 in 11.5 million), according to shark attack statistics maintained by IFAS.

10. IFAS advises beachgoers to take the following precautions to reduce their chance of being bitten while in the ocean: