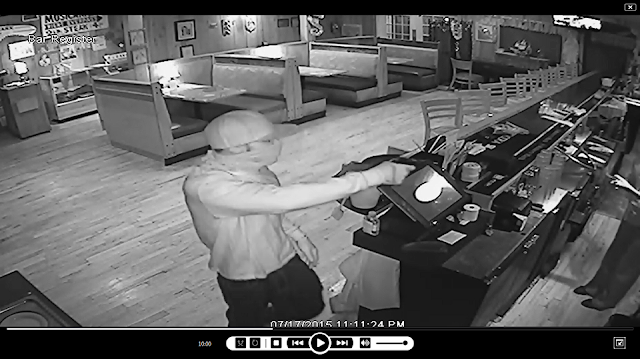 Just after 11 p.m. on Friday, two suspects entered The Shack restaurant located at 4845 Dixie Highway in Palm Bay, Florida. The restaurant had closed for the night with the last customer leaving at approximately 10:30 p.m.

Police say that the suspects rounded up all the employees at gunpoint and ordered them to surrender cash from the register and from the safe. The employees complied and the suspects fled. The suspects are described as possibly Hispanic males or light skinned black males. They were dressed in dark clothing and their faces were covered. There was no information regarding whether the suspects fled on foot or in a vehicle. No one was injured during the incident.

Anyone with information is asked to contact the Central Florida CRIMELINE at 1-800-423-TIPS. Callers can remain anonymous and can be eligible for cash rewards of up to $1,000in this case.