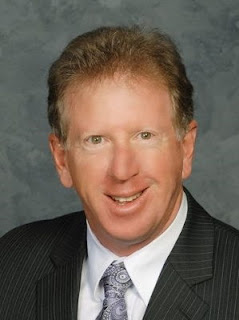 Ziegler's appearance comes after a news story, first broke by the Brevard Parents Action Committee on June 29th, that Brevard Public Schools had paid over $5.5 million on a software contract with Education Data Resources even though only 10% of the contract had been completed by June 2015.

During a Brevard County School workshop on June 23, 2015, Brevard Public Schools Finance Director, Judy Preston, along with outgoing Superintendent, Brian Bingelli, informed the School Board that the only portion of the contract that was working were electronic contracts, which were actually completed a year ago, according to their update to the School Board in June 2014.

Ziegler, more than any other School Board member, had pushed for the no-bid contract with EDR, a newly-formed company that stepped into the shoes of software supplier Crosspointe, which had a long relationship with BPS. The expensive software contract was awarded at the same time that BPS was closing schools and was met with much criticism by Brevard County parents and taxpayers.


After BPS had closed schools and alarmed parents that more school closures could be on the way if a half-cent sales tax did not pass, the sales tax passed in 2014 with a sunset after 6 years.  According to BPS's political material supporting the tax, and the actual wording of the tax referendum, the taxes were only suppose to pay for capital improvements such as leaky roofs and air conditioners.

However, after the tax passed, Bingelli came up with a plan to move $4 million out of the operating budget and into the capital budget. This bookkeeping scheme, along with other revenues, resulted in a surplus of $10.5 million that the School Board can spend at their discretion rather than on leaky roofs and air conditioners.

The radio show will air on WMMB 1240 AM and 1350 AM beginning at 6 a.m., with Ziegler's appearance during the 8 a.m. segment. It can also be heard online at the radio station's website.
Labels: Brevard County Public Schools POLITICS