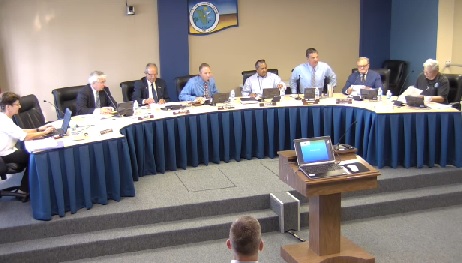 COCOA BEACH, Florida - City of Cocoa Beach Commissioners voted unanimously to cap the City's millage rate at the current level rather than raise property taxes by 20% to help pay for a new City Hall, police station, and parking garage during their meeting on July 16, 2015.

Tonight's vote means that the final millage rate will be no greater than the current 4.9798 millage rate.  Two more City Commission meetings will be held to finalize the millage rate which could be lowered kept the same, but not raised.

The Commissioners may raise taxes a year from now after they receive more detailed plans regarding the proposed City Hall and Police Station.