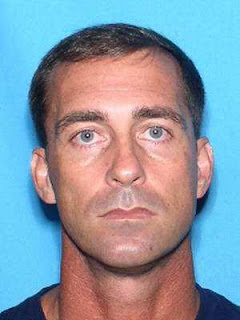 COCOA BEACH, Florida - The Brevard County Sheriff's Office is asking for anyone who has knowledge of the whereabouts of a felon who was convicted of attempted murder to please contact their agency or Crimeline.

Keith Weber is wanted for Failure to Appear for Attempted Murder with a Firearm and Tampering with an Electronic Monitoring Device.

Weber was convicted in September 2013 for Attempted Murder with a Firearm in Orange County and was sentenced to 26 years in Prison. He was placed on electronic monitoring and ordered to report to Department of Corrections to begin his sentence, when he cut off his ankle monitor.

Weber was residing with his parents who lived in Cocoa, Florida. Weber’s last documented location was SR 520 in the City of Cocoa Beach, Brevard County, Florida, where he cut and removed his GPS monitor.

If you have any information pertaining to the whereabouts of Keith Martin Weber, please notify TFO Brian Guilford at 321-403-5548 or [email protected] or contact Crimeline at 1-800-423-TIPS.

Brevard County Sheriff Wayne Ivey expressed some scathing remarks about the escape. "While the jurisdiction for this case is out of Orange County and not Brevard it is a classic example of what's wrong with our Criminal Justice system!" said Ivey. "Why the heck do we allow someone convicted of attempted murder out on the streets with an ankle bracelet? Seriously?"

The Sheriff's Office advises that you should not approach Weber because he is considered armed and dangerous.

A reward is being offered for information leading to his arrest.
Labels: Cocoa Beach crime