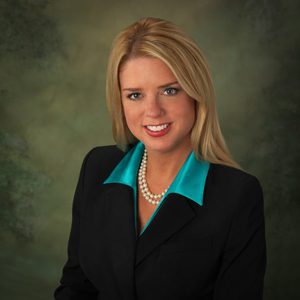 TALLAHASSEE, Fla.—During a press conference on Thursday, Florida Attorney General Pam Bondi announced that a $18.5 billion joint federal-state settlement agreement in principle has been reached with BP Exploration and Production, Inc. for claims that arose from the Deepwater Horizon oil spill.

The settlement would resolve the economic loss claims asserted by Florida, Alabama, Louisiana, Mississippi, and Texas; the natural resource damage claims of the various state and federal trustees; and the Clean Water Act penalties sought by the federal government. Florida stands to receive more than $3.25 billion in total.

Bondi had originally claimed $5.48 billion in damages for the Sunshine State from BP, Halliburton, and Transocean. The State’s economic damages lawsuit will continue against Haliburton and Transocean.

“In 2010, our state – and the entire Gulf region – woke up to a story that shook the nation; an oil spill that not only threatened states that depend on the Gulf for their economic livelihood, but their very way of life,” said Attorney General Bondi. “Today, after just five years of negotiations, I’m pleased to announce that Florida has entered into an agreement in principle of more than $3 billion with BP for the state’s economic and environmental recovery which will benefit areas of the state most devastated by the spill. I want to thank all of the people who came together, in common purpose, to do the right thing for our state.”

The State of Florida would receive $2 billion for its economic loss claims, twice the amount of the next closest state and more than 40% of the total economic loss recovery. On April 20, 2013, Attorney General Bondi filed a lawsuit seeking reimbursement for the economic damages suffered by the State of Florida due to the oil spill, including lost tax revenues. The lawsuit was later consolidated with the Multidistrict Litigation case in New Orleans.

Florida would also receive more than $1.25 billion from the natural resource damage claims and through the provisions of the RESTORE Act under the agreement in principle.

The parties still need to finalize both a Settlement Agreement (for economic loss claims) and a Consent Decree (for Natural Resource Damage and Clean Water Act claims), with the Consent Decree also subject to court approval.

The Deepwater Horizon oil spill occurred on April 20, 2010 and caused significant impacts to Florida’s natural resources and economy. Of Florida’s 790 miles of coastline, 177 miles received some degree of oiling.