NOAA Is Tracking Two Low Pressures Systems Over The Atlantic

MIAMI, Florida -- As of 8:00 a.m. Eastern Daylight Time on Thursday, July 30, 2014, NOAA's National Hurricane Center in Miami, Florida has issued its tropical outlook due to the presence of two weather systems over the Atlantic Ocean that each have a 10% chance of tropical cyclone formation within the next 48 hours. 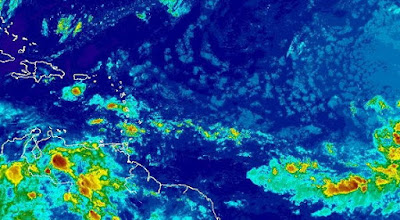 The first system, named Invest 94L, is a tropical wave accompanied by a broad area of low pressure that is located a couple of hundred miles southwest of the Cape Verde Islands. Although this system is currently producing a large area of showers and thunderstorms, forecasters say that further development, if any, should be slow to occur while it moves westward near 15 mph during the next several days. This system has a medium chance (50%) of becoming a tropical cyclone again within the next 48 hours, according to NOAA.

Spaghetti models are in general agreement that INVEST 94L will continue on a west-northwesterly track over the next 48 hours. However, the models begin to disagree which way the INVEST 94L storm track will take after 72 hours. Some models take the system more northwards towards the Bahamas while others predict that the storm will remain south of Haiti and the Dominican Republic. 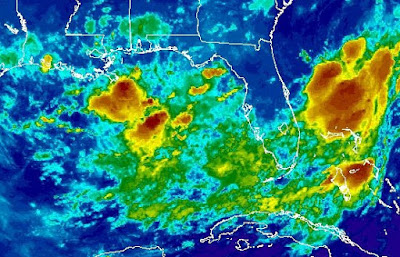 The second system is an elongated area of low pressure located a couple of hundred miles east of the Georgia coast that is unlikely to reach tropical storm formation. The low is expected to move northeastward parallel to the southeastern coast of the United States with no significant development, and is forecast to merge with a frontal system by Friday.
Labels: Tropical Storm