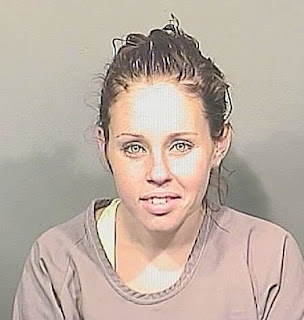 TITUSVILLE, Florida – A 24-year-old woman died after being shot just after 11:00 p.m. on Tuesday at 1075 Tree Lane in Titusville, Florida. She was positively identified by police as Brandee Elizabeth Kelley of Mims, Florida.

After police and Titusiville Fire Rescue crews arrived on scene, Kelley was transported to Parish Medical Center where she was later pronounced deceased.

Officers with the Titusville Police Department responded to a report of a shooting at Emerald Place Apartments. Police say that a preliminary investigation reveals that the suspect appears to be a male acquaintance of the victim.

Detectives say that they are working strong leads in this case, but are not releasing any suspect information at this time.

Anyone with information can remain anonymous and be eligible for a reward up to $5000 by calling Crimeline at 1-800-423-TIPS.
Labels: crime Titusville
Location: 1075 Tree Lane, Titusville, FL 32780, USA