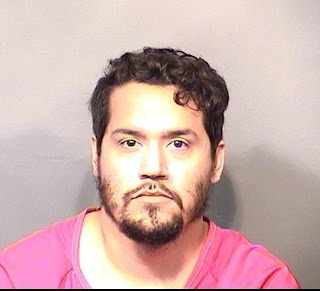 BREVARD COUNTY, Florida - Agents with the Brevard County Sheriff’s Office have arrested 32-year-old Andrew Bayard of Merritt Island, Florida after he allegedly traveled to a prearranged location in Brevard County Friday afternoon to meet a teenage girl for the purpose of engaging in a sexual relationship. He was charged with Traveling to Meet a Minor for Sex and Transmission of Harmful Material to a Minor. Bayard was transported to the Brevard County Jail where he is being held on $70,000 bond.

The investigation began in July 2015, after a former student of Bayard’s reported that she had previously had an inappropriate relationship that began when he was her teacher at Suntree Elementary. The student had since moved out of state and reported the relationship to her father after Bayard allegedly began texting her and sent her an obscene video of himself.

A Sheriff’s Office Agent assumed the teen’s communication with Bayard. During these conversations, the Agent, acting as the child, advised Bayard that the teenager would be in Brevard County on the weekend of August 28, 2015. Investigators say that Bayard then contacted the Agent for the purpose of meeting the teenage girl for sex. Bayard allegedly made arrangements to meet the girl at a prearranged location and was arrested after he arrived at the location by Agents.

Bayard was employed with the Brevard County School system during the 2013-14 school year at Kennedy Middle School and Suntree Elementary and 2014-15 at Viera High School. Bayard’s contract with Brevard County Public Schools was not renewed for this school year.

Agents are continuing to investigate the allegation of a previous relationship between Bayard and the victim and are asking that anyone who has information please call either Agent Wendy Wheeler or Agent Mary Adams of the Brevard County Sheriff’s Office SVU Unit at 321-633-8419, or CRIMELINE at 1-800-423-TIPS (8477), you can also visit http://crimeline.org/, or text ‘crimeline’ plus your tip to CRIME (274637). All information to CRIMELINE is confidential and you may be eligible for a reward.