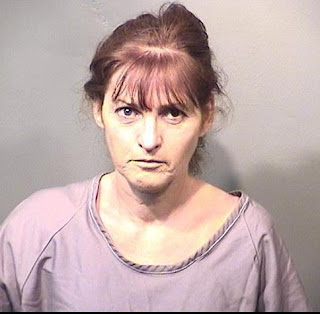 MELBOURNE, Florida - A Brevard County woman has been arrested after allegedly hitting a bicyclist with a vehicle while driving under the influence.

52-year-old Laurie A. Wright of Melbourne was arrested Sunday afternoon and charged with Driving Under the Influence after allegedly striking a bicyclist in the area of Pineapple Avenue and St. Clair Street in Melbourne, Florida.

The bicyclist called police after he was struck and a vehicle failed to stop. Police say that a concerned motorist noticed the vehicle driving recklessly on North Harbor City Boulevard where it was nearly involved in several collisions.  The witnesses followed the vehicle to the 3000 block of Park Village Way where police ultimately made contact with Wright while she was still seated in the vehicle.

Police say that Wright, who has a previous DUI conviction, subsequently failed sobriety tests that were administered and was arrested.
Labels: crime Melbourne