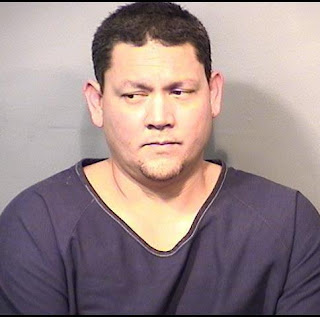 MELBOURNE, Florida -  A man has been arrested and charged with burglary after he was allegedly caught rummaging in an unlocked vehicle in Melbourne, Florida.

According to police, 38-year-old Richard Allan Wolsifer of Melboune was arrested Monday morning after he was seen going through an unlocked vehicle parked in a driveway on Forest Run Drive. Once confronted, Wolsifer fled on foot and was later located nearby after Melbourne Police Units established a perimeter.

Police say that Wolsifer had a dog and a leash with him that he was using as a ruse while walking in the neighborhood. Wolsifer was also found to be in possession of two pellet guns that strongly resembled actual firearms concealed in his waistband.

Wolsifer confessed to the crime after being detained and positively identified by the victim, police say. The simulated firearms were not used during the burglary. He was booked and turned over to the Brevard County Jail.
Labels: Melbourne