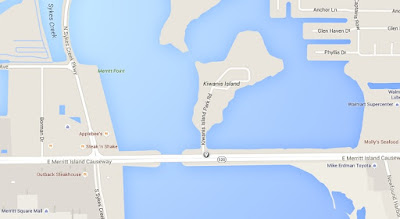 MERRITT ISLAND, Florida - The Florida Highway Patrol reported that 36-year-old Jessica Hebert, of Merritt Island, Florida, died as a result of injuries that she sustained in a crash which occurred early Thanksgiving morning.

FHP says that Hebert was driving a 2005 Nissan Altima westbound on State Road 520 (East Merritt Island Causeway). As the Altima was approaching the intersection of Kiwanis Island Park Road in the outside lane around 3:45 a.m., the car traveled onto the westbound north raised concrete curb and onto the grass shoulder. The front left of the Altima then struck a large traffic signal support pole. The car was rotated counter clockwise by the impact and came to final rest facing south on the north side of the large traffic signal support pole.

Hebert was not wearing a seat belt at the time of the crash.
Labels: Fire Rescue Merritt Island
Location: Merritt Island, FL, USA