Murders In Brevard County At All Time High 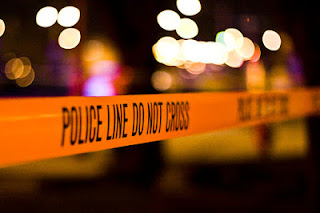 BREVARD COUNTY, Florida - The number of murders occurring in Brevard County during the first half of any year hit an all time high in 2015, according to the 2015 Semi-Annual Uniform Crime Report (Semi-Annual UCR) released by the Florida Department of Law Enforcement.

There were 20 murders in Brevard County from January through June 2015, which exceeds the total number of murders for all of 2014. Over the last decade, the number of murders in Brevard had never exceeded 14 during the first half of any year.
Two cases with multiple homicides significantly contributed to statistical spikes in Brevard County during early 2012 and 2015. Both cases, one in Port Saint John and the other in Palm Bay, involved mothers killing their children. Filicides, where parents kill their own children, have become an increasingly significant Domestic Violence crime statistic across Florida over the last few years while spousal homicides continue to decline as the Sunshine State's population ages and the Millenial generation is increasingly saying "I Don't" to marriage.

The Brevard County Sheriff's Office (unincorporated Brevard) and the City of Melbourne crime rates remained statistically unchanged. Smaller Brevard County communities cannot be compared with statistical significance on a semi-annual basis due to low data, but will be included in a follow up article following the annual data release.

Statewide, overall crime continues to fall across Florida as the population grays, according to the Semi-Annual UCR.  The report showed that Florida’s crime volume dropped 2.2 percent compared to the first six months of 2014.

“Florida’s historic crime low is great news for Florida families and visitors, and we are grateful to our law enforcement officials for their brave work keeping our communities safe,” said Florida Governor Rick Scott.