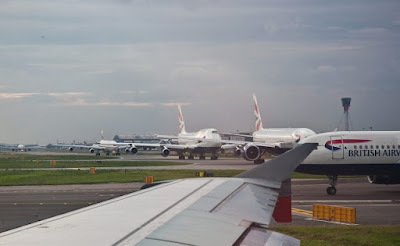 The State Department said that "current information suggests that ISIL (aka Da’esh), al-Qa’ida, Boko Haram, and other terrorist groups continue to plan terrorist attacks in multiple regions.  These attacks may employ a wide variety of tactics, using conventional and non-conventional weapons and targeting both official and private interests."

Authorities believe the likelihood of terror attacks will continue as members of ISIL/Da’esh return from Syria and Iraq, and that there is a continuing threat from unaffiliated persons planning attacks inspired by major terrorist organizations - but conducted on an individual basis.  Terrorists have targeted large sporting events, theatres, open markets, and aviation services.  In the past year, there have been multiple attacks in France, Nigeria, Denmark, Turkey, and Mali.  ISIL/Da’esh has claimed responsibility for the bombing of a Russian airliner in Egypt.

The State Department advises U.S. citizens to exercise vigilance when in public places or using transportation, and to be aware of immediate surroundings and avoid large crowds or crowed places - especially during the holiday season and at holiday festivals or events.

AAA Travel forecasts that nearly 47 million Americans will journey 50 miles or more from home during the Thanksgiving holiday season alone, the most since 2007.