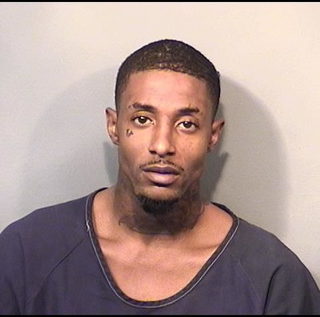 Members of the GAMEOVER Task Force took Boother into custody today in the unincorporated area of Cocoa after a judge issued an arrest warrant for Boother, charging him with manslaughter. Boother was transported to the Brevard County Jail in Sharpes, Florida where he is being held without bond.

Boother was allegedly involved in an altercation in the area of Venus Drive where gunfire was exchanged between he and Mr. Dewey. After the initial shots were fired, Dewey appeared to have been injured and began to leave the area while allegedly being followed by Boother. Investigators say that, based on evidence at the scene, Dewey was fatally shot in the back as he retreated from Boother.

A spent casing was recovered in the area where the body of Dewey was located and laboratory tests conducted by the Florida Department of Law Enforcement, confirmed the casing had been discharged from the firearm allegedly possessed by Boother.

The Sheriff’s Office is asking that anyone who may have information about this Homicide to please call Agent Wayne Simock of the Brevard County Sheriff’s Office Homicide Unit at 321-633-8413 or or CRIMELINE at 1-800-423-TIPS (8477), or you can also visit http://crimeline.org/, or text ‘crimeline’ plus your tip to CRIME (274637). All information to CRIMELINE is confidential and you may be eligible for a reward.