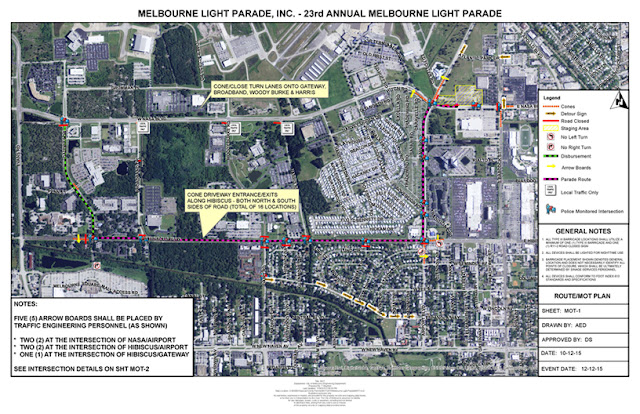 The Melbourne Light Parade will begin by traveling west on NASA Boulevard, then head south on Airport Boulevard, turn west on Hibiscus Boulevard, and end at Gateway Drive.

The parade's Grand Marshal for this year is FOX 35's Derrol Nail and will feature floats, bands, music, dance teams and Santa.

Portions of NASA  Boulevard, Airport  Boulevard, and Hibiscus Boulevard, will be closed from 6 p.m. to 9 p.m. for the event.