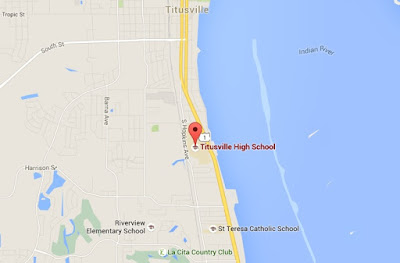 Titusville's 53rd Annual Christmas Parade route will begin at Titusville High School and proceed northbound on U.S. 1 to Broad Street.  The theme of the parade this year is "Fun in the Sun" and

Brevard County Sheriff Agent John “Casey” Smith, who was critically wounded from being shot while attempting to arrest Mary Ellyn Derosset for prostitution back in August, will be the parade's Grand Marshall.

The event is organized by the Kiwanis Club of Titusville.