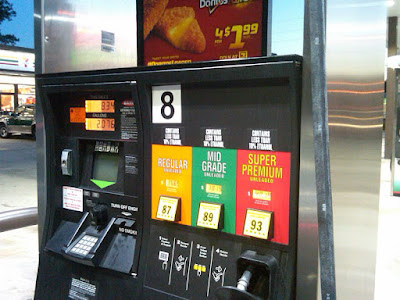 COCOA BEACH, Florida - City of Cocoa Beach Commissioners voted 4-1 against supporting the County placing a 1/2 cent sales tax referendum on the ballot to help pay for roads at their meeting on Thursday. The Commissioners also unanimously opposed supporting an increase of the gasoline tax by six cents during their discussion. The Commission then allowed that Agenda item to die without voting.


Trudie Infantini, the most outspoken County Commissioner against raising the tax, appeared before the Commission and gave three examples of where the County is spending money on items other than roads: $6 million for the Miracle City Mall in Titusville; another $6 million on an unoccupied speculation building at Spaceport Commerce Park; and $8 million to Blue Origin.

"The Blue Ribbon Panel was only given the choice of finding revenue suggestions, they weren't asked to find cuts in the government," Infantini said to the Commissioners. "... You don't give somebody who makes bad choices with the existing money more money to spend."

"We had discussions [regarding the County road backlog] at the Space Coast League of Cities, and my first thought was how did they get themselves in this situation," said Cocoa Beach Vice-May Tim Timulty. "They are literally hundreds of millions of dollars behind the improvements of the roads and it's getting worse. They need to do somewhere around $50 to $55 million worth of improvements on roads every year. Last year, I think they did $8 million and the year before it might have been $12 million, $13 million. So right there, they have already fallen roughly $90 million behind."

"Meanwhile, they're spending money on NBEDZ and various other programs in the County that have nothing to do, absolutely nothing to do, with the infrastructure of the County," Timulty continued. "The first and foremost responsibility of government is to take care of the infrastructure and the safety and well being of the citizens. And that's not happening because they are spending money elsewhere. That's what needs to be taken care of first. I can't support this at all."


Newly-appointed Commissioner-Elect Ed Martinez cast his first vote, at least in spirit, during the meeting. Citing the little payback from the gas and sales tax revenue to Cocoa Beach, Martinez opposed any endorsement of the taxes by the City.


"If I had my vote. I would not endorse this. It's just simple economics," Martinez said.

According to a Blue Ribbon Advisory Board for Transportation Infrastructure (BRAC) report, the gas tax hike would generate $7.8 million and the half-cent sales tax increase would generate $17.56 million in revenue for the County and Brevard's municipalities. However, the City of Cocoa Beach would only receive an estimated $126,000 from the gas tax revenue while the lion's share of the revenue would go to the County and other cities. The entire proposal for increased transportation taxes (.PDF file) can be viewed here.

Brevard County Clerk of Court, Scott Ellis, who is a former County Commissioner, said on the Bill Mick Live radio show last week that their is plenty of money for roads in the County's budget, but that it is simply a matter of making roads a priority instead of spending millions of dollars on economic development handouts to companies and CRAs, including over $3 million annually to the North Brevard Economic Development Zone.
Labels: Cocoa Beach POLITICS