Titusville Children "Shop with a Cop" at Walmart 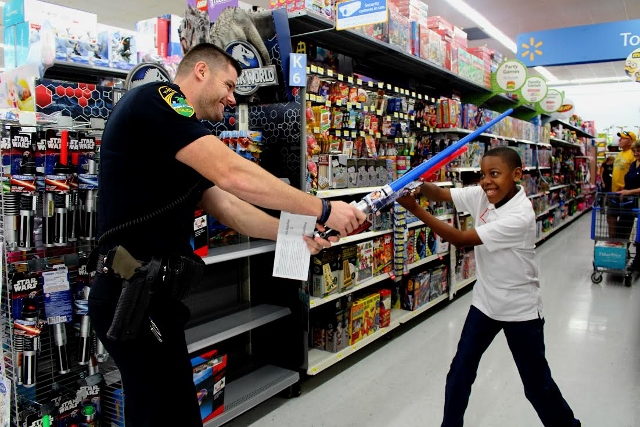 After being paired up with an officer or volunteer at police headquarters at 7:30 a.m., the kids were treated to breakfast at a McDonald’s restaurant located on Cheney Highway and then bused to Walmart by NASA – which donates its bus service each year. Santa was waiting at the entrance of Walmart to greet the kids when they arrived.

“We were overwhelmed by support from our community this year,” said Chief John Lau. “Shoppers were approaching officers in the store during the event to donate money.” Funds for the Holiday Shopping Spree were provided by a grant from Walmart and monies raised by PAL.