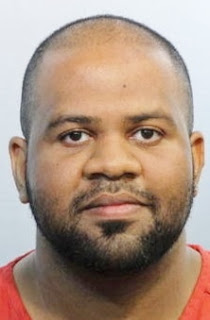 MELBOURNE, Florida – A 25-year-old United Arab Emirates national was arrested in Brevard County, Florida and charged with possession of ammunition by an unlawful or illegal alien.

According to United States Attorney for the Middle District of Florida, A. Lee Bentley, III, Hamid Mohamed Ahmed Ali Rehaif was admitted into the United States in 2013 under a student visa. He had been enrolled at the Florida Institute of Technology in Melbourne, Florida, but was terminated as a student in the fall of 2014. When Rehaif failed to leave the country within 30 days of his termination as a student, he became an unlawful alien.

Following an investigation by U.S. Immigration and Customs Enforcement’s Homeland Security Investigations and the Federal Bureau of Investigation, law enforcement agents made contact with Rehaif at a hotel in Melbourne on Wednesday, where federal officials say he had been living for the last two months, paying more than $11,000 in cash for room fees.

If convicted, Rehaif faces a maximum penalty of 10 years in federal prison.