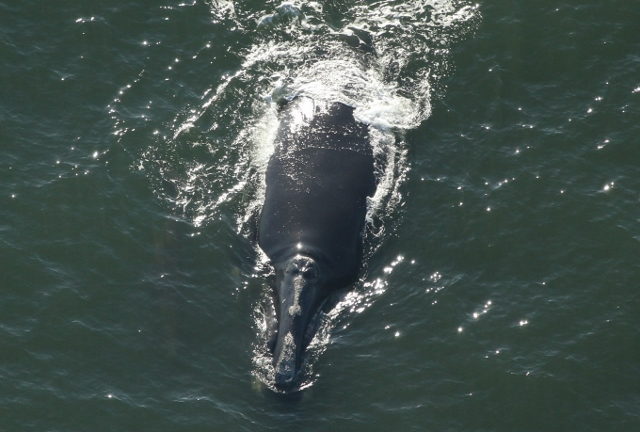 NOAA Fisheries announced on Tuesday that the critical habitat for endangered North Atlantic right whales has been expanded to cover its northeast feeding areas in the Gulf of Maine/Georges Bank region and southeast calving grounds from North Carolina to Florida.


This final rule, which was initially proposed in February 2015 and received 261 general comments over a 60-day comment period, does not include any new restrictions or management measures for commercial fishing operations. However, federal agencies conducting, funding or permitting activities in these areas, and project proponents that need federal permits or funding for such activities, are required to work with NOAA Fisheries to avoid or reduce impacts on critical habitat.

The agency said that the final rule was based on 35 years of aircraft and ship borne surveys of right whale distribution, and research into foraging and prey availability. Based on this information and public comments, NOAA scientists and managers determined a critical habitat expansion associated with feeding in the North and calving in the South is necessary for species recovery. 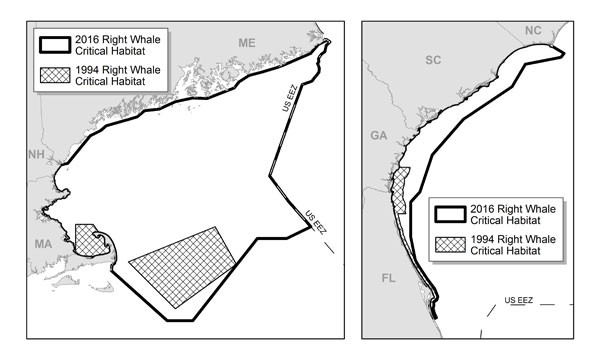 “With two decades of new information and improved understanding since we first designated critical habitat for the species, we believe the expansion will further protect essential foraging and calving areas to further improve recovery of this animal,” said Eileen Sobeck, assistant NOAA administrator for NOAA Fisheries. “We’re making significant progress in reversing the population decline of the species, and are seeing signs of recovery – up to about 500 animals from the estimated 300 in 1994. But we still have a long way to get to complete recovery.”