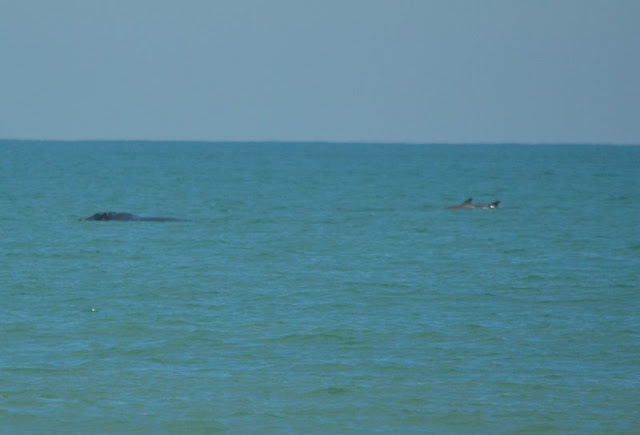 CAPE CANAVERAL, Florida - The first North Atlantic right whales of the 2015-2016 migration season spotted in Brevard County appeared in the ocean off of Cape Canaveral on Tuesday, January 19, 2016.

The two whales could be seen just beyond the wave break on Tuesday afternoon - but later swam further out to sea and out of the sight of beachgoers.