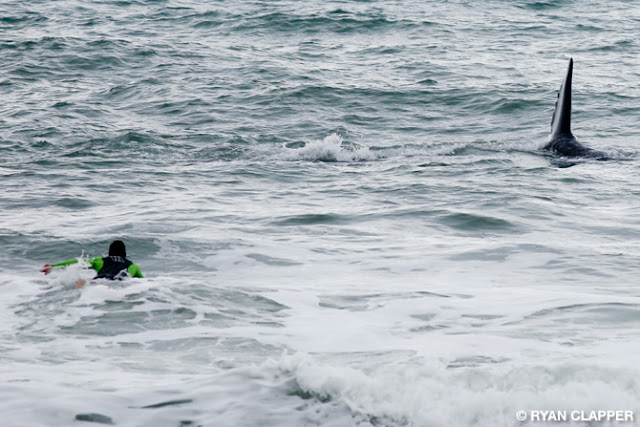 SATELLITE BEACH, Florida - A group of surfers where treated to more than a few good waves off the coast of Brevard County, Florida on Saturday. That's because a female right whale and her calf that had been lingering off of Florida Space Coast during the past few weeks decided to get a little closer to shore right at the wave break where the surfers were lined up.